Skip to content
Posted on January 26, 2017 by robin Posted in news, photos, releases, songs, videoTagged everyone's a geek, for the rabbits, video 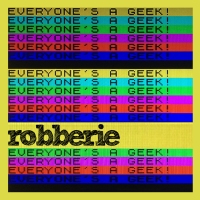 We’re looking forward to sharing our new music video with you. You’ll be able to watch Everyone’s a geek from Friday 3 February on independent music website For the Rabbits.

The song is taken from our debut album Beneath your city; as you dream… and although it isn’t an official single, we thought it’d be fun to make a video to help promote the album. When you’ve seen the video, you’ll see it was also an excuse to indulge in a bit of retro gaming nostalgia.

So look out for the premiere on For the Rabbits from Friday 3 February. After that we’ll be putting it on here and all our other channels.

In the meantime, here’s a reminder of the song and some photos from the video shoot to give you a taste of what’s to come.